30 April, 2021
WeCount's preliminary results from the Madrid and Barcelona pilots are available! The cooperation with local champions allowed us to gather valuable mobility data and insights into pollution levels across cities. 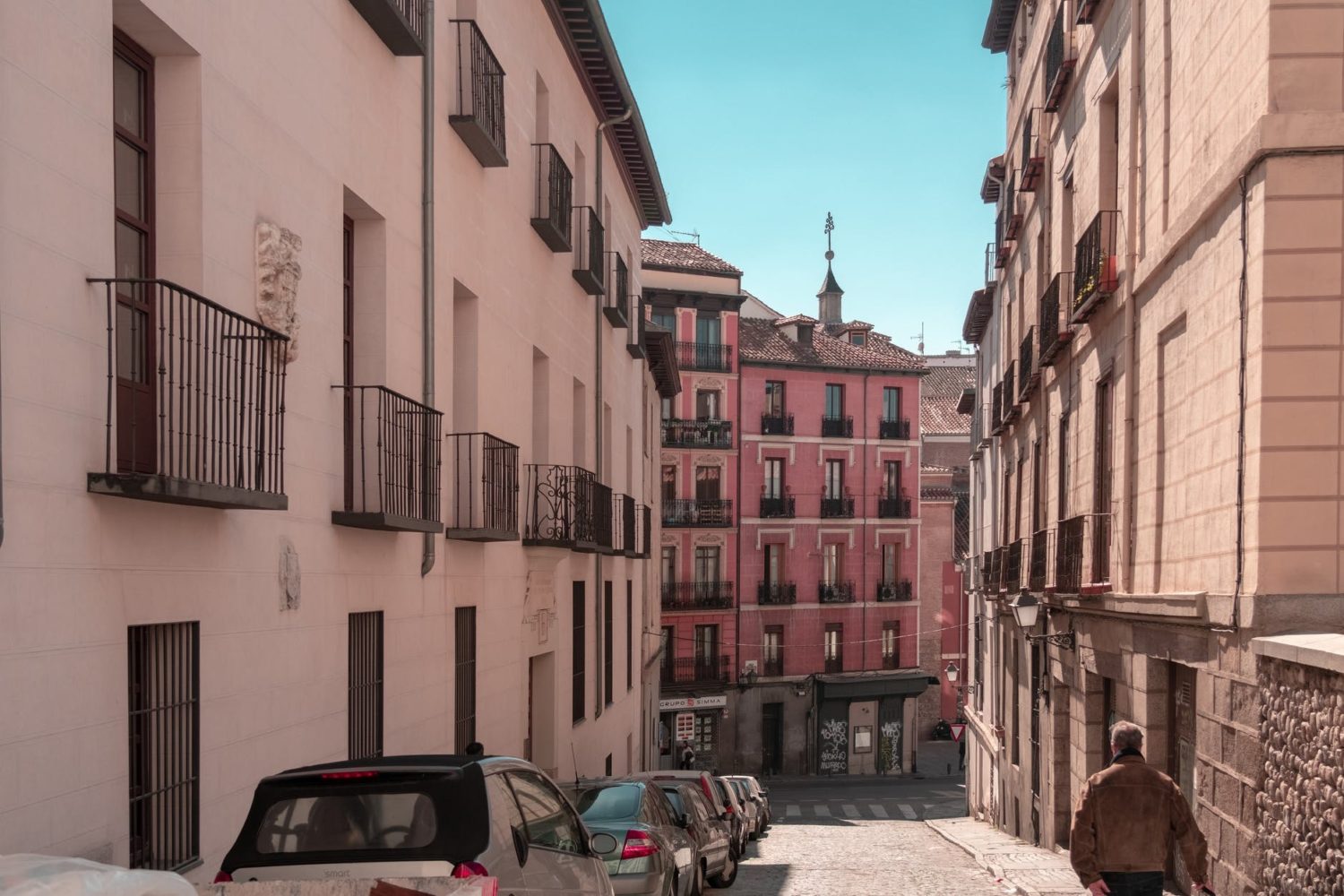 Telraam sensors have been installed in WeCount partner cities across Europe, gathering traffic data to understand mobility patterns. Results of the Spanish WeCount pilots are now available, giving us precious insight into the cities’ traffic. In the city of Madrid, there are 25 working sensors. Installed as of July 2020, they have been operating for a total amount of time equivalent to 38.13 months. In Barcelona, there are 19 working sensors, which have now been working for 871 days. This amounts to a total operation time equivalent to 29 months. Check what the data gathered by the sensors can tell us and how it compares and relates to official analyses of mobility and pollution in the cities.

The graph shows the evolution of mobility during COVID-19, which grew continuously until October when new mobility restrictions were implemented. From November, the data shows a new increase. The measurements of WeCount are comparable to those gathered by official sources and have a positive correlation with public data.

Citizen sensor’s measurements also allowed to measure speed distribution across different points of analysis. This helped highlight instances in which speed limits are not respected such as Ronda de Atocha (35% of cars are non-compliant) and Paseo de las Acacias (17% of cars).

The sensors were installed in the city of Barcelona as of May 2020. The graph showcases the evolution of mobility: continuously growing until July, after which it started to fall. Traffic grew again and reached its peak in September, followed by a downward trend until December, which corresponds to the last available data. The sensor measurements in Barcelona are comparable to those gathered by official sources, having a positive correlation with public data.

Citizen sensor’s measurements allowed to measure speed distribution across different points of analysis. Sensors also allowed to highlight instances in which speed limits are not respected such as in Pintor Alsamora (where 55% of cars are non-compliant) and Ros de Olano (almost 50% of car do not respect the regulation).

The preliminary results from the Madrid and Barcelona pilots allowed us to gather valuable mobility data and insights into pollution levels across cities.

The data gathered in both cities allows us to have an overview of their pollution data, mostly linked to the presence of heavy-duty vehicles and trucks. The data also shows us a correlation between the presence of pedestrians and the concentration of CO, NO and NO2 particles. This does not mean that pedestrians pollute more, but rather that areas where pedestrians walk are also places with more mobility (more cars, trucks, or motorcycles).

As we discussed the preliminary results of the pilots with WeCount champions, several participants highlighted that the mobility and traffic perception in their streets has varied according to the data collected. For instance, one citizen stated that “Even if the street of Virgen de la Consolation the speed limit is 30km/h, the sensor has registered an average speed between 0 and 10 km/h. This can be explained since the sensor installed is located close to an intersection”.

However, the general feeling among participants is that there is untapped potential in the collection of data through low-cost sensors by citizens, to enable activism and kick-start policy-change on the local level. Another citizen pointed out that “Thanks to citizen activism of their residents and the data gathered in WeCount, the City of Barcelona lowered the speed limit in the Ros de Olano street to 10k/h. However, the sensors installed in the street indicate that a lot of vehicles do not comply with this limit.”

It should also be noted that new generic speed limits in cities across Spain have been approved in November 2020 and are currently starting to be enforced. These new limits correspond to limitations at 50 km/h in two-way streets (or more), 30km/h in one-way streets and 20km/h in streets without height difference between the street and curbside.

WeCount's results from the Madrid and Barcelona pilot are yet another example that demonstrates the potential impact of citizen science in the collection of mobility data. The use of Telraam constitutes a reliable, low-cost method to collect good mobility data, which allows city planners to carry out their work and is a step towards more road safety and citizen activism.