05 October, 2021
Traffic volumes around schools are a major concern for citizens in Dublin. The Dublin case study is providing traffic and air quality monitors to local schools to help them collect objective measurements outside the school gate. 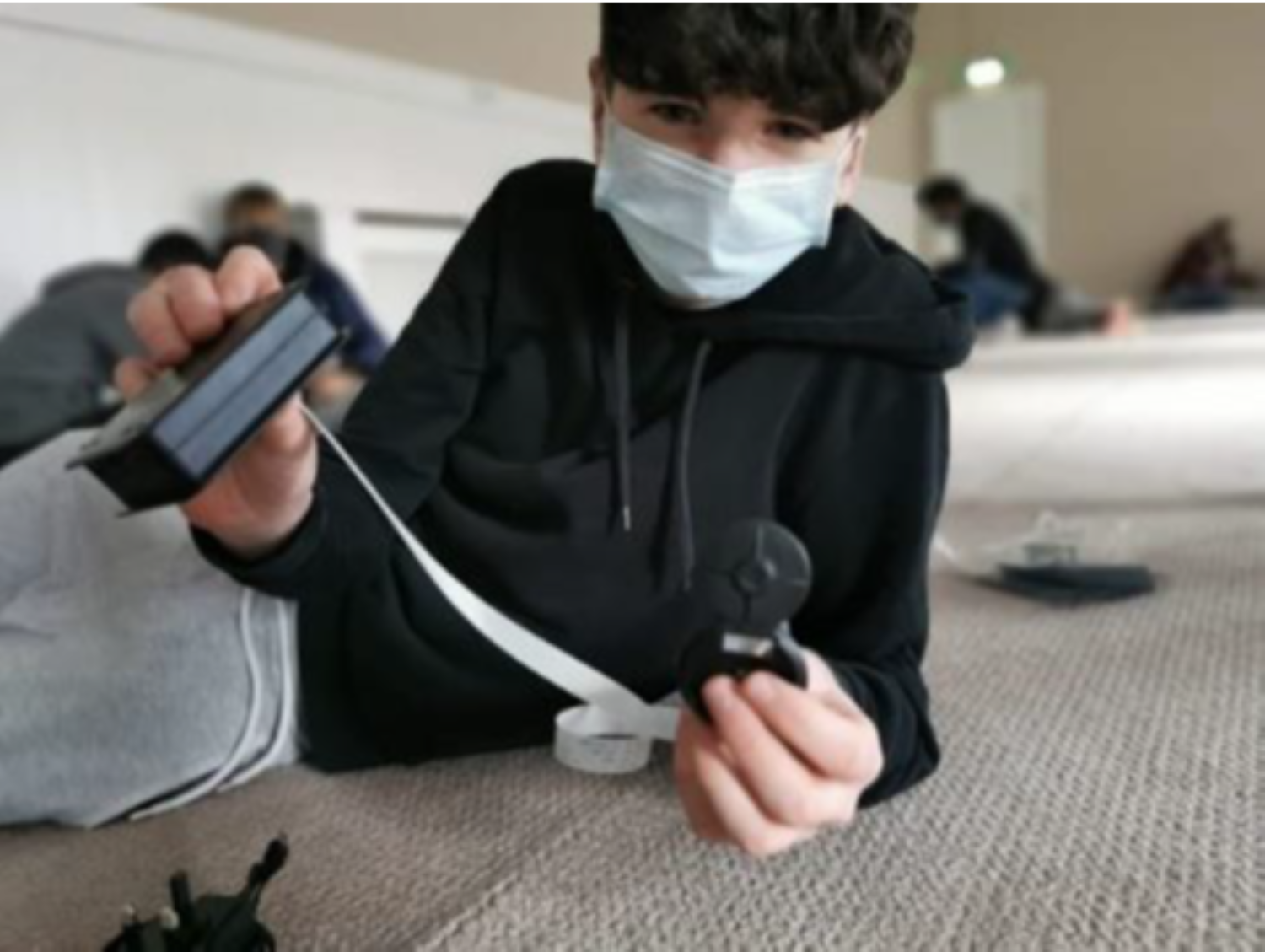 Since the start of the WeCount project, schools have s been at the heart of the Dublin case study. In fact, the first engagement workshops were carried out with school children. During these initial workshops, children assembled the Telraam traffic counters and learned about the importance of citizen science when monitoring traffic in local neighbourhoods. The aim was to encourage them to become ambassadors for WeCount.

As the WeCount project progressed and more than 100 traffic counters were deployed in Dublin, it became clear that traffic and air quality around schools is a major concern for citizens involved in the project. For example, one citizen told the WeCount team:

What I noticed at the school is, people are driving up to the school with big, dirty, old diesel engines and the fumes out of the things are just ferocious. What I want is to try and change the behaviour of people, that they encourage more cycling, walking, not basically driving up to the school window and leaving your engine running… X is going to send me a pollution sensor and that's really where [sic] we're very interested in. That's really the information we want. (Dublin Citizen Interview05)

In response to these concerns, the Dublin project team decided to invite schools to host traffic counters and air quality monitors during the second round of sensor deployment. After promoting the project via social media, around fifty schools expressed an interest in joining WeCount.

Figure 2: Tweet from Ardgillan College after joining the WeCount project

This also attracted the attention of the four local authorities part of the Greater Dublin Area. For example, Dublin City Council approached the project team with a list of more than thirty schools. As part of their School Mobility programme Dublin City Council has introduced the School Zone initiative. This initiative aims to reduce congestion, increase safety at the school gate, and encourage active travel to and from school. School Zones will receive colourful circles on the road demarcating the school area, and pencil-shaped bollards on the footpath to prevent illegal parking. Dublin City Council asked WeCount to install traffic and air quality monitors in schools selected for the School Zone initiative, as this will provide them with an objective measure of the effectiveness of this initiative.

Unfortunately, a long lockdown in Dublin during the first half of 2021 resulted in delays in the delivery and installation of monitors. This was followed by the school holidays, which means that many schools are still busy with the installation of the traffic and air quality monitors. However, preliminary results from selected schools are promising interesting datasets. Figure 5 below shows data for May 2021 from a traffic counter located near a school in the Blackrock area. During the early morning and early evening more than a third of cars are exceeding the 50km/h speed limit. The percentage of cars exceeding the speed limit only drops below 10% during the morning rush hour and tends to be 10%-20% during the day. This has important implications for children walking or cycling to school.

Figure 5: Average percentage of cars exceeding the speed limit by weekday and time of day

Figure 6 compares the number of cars during August 2021 and September 2021 by time of day measured near a school in Dun Laoghaire. The school holidays in Ireland ended at the end of August and it can be seen that morning car traffic in September increased by 10%-44%. Similarly, evening car traffic increase by 8% - 18%. Again, this data is very important to the school, as it can be used to encourage more active travel.

Figure 6: Comparison of average number of cars during August and September

Once the traffic and air quality monitors are installed in the schools, the datasets will be invaluable to the schools. Not only will they provide objective measurements to support applications for traffic calming measures, but they can also be used for educational purposes inside and outside of the classroom. The Dublin schools, the Dublin councils and the Dublin study team are looking forward to obtaining far-reaching insights into traffic patterns around schools in Dublin!