Empowering the citizen: how the WeCount Project has helped amplify the voice of Cardiff citizens

25 October, 2021
Road transport has been a contentious issue in Cardiff for several years. Born out of frustration that the city is not making sufficient use of its immeasurable potential for active travel, citizens across the city have campaigned for more sustainable urban mobility options. Now Cardiff citizens have the quantitative data to support their arguments and are using it to challenge the status quo and push for more ambitious and accelerated change. 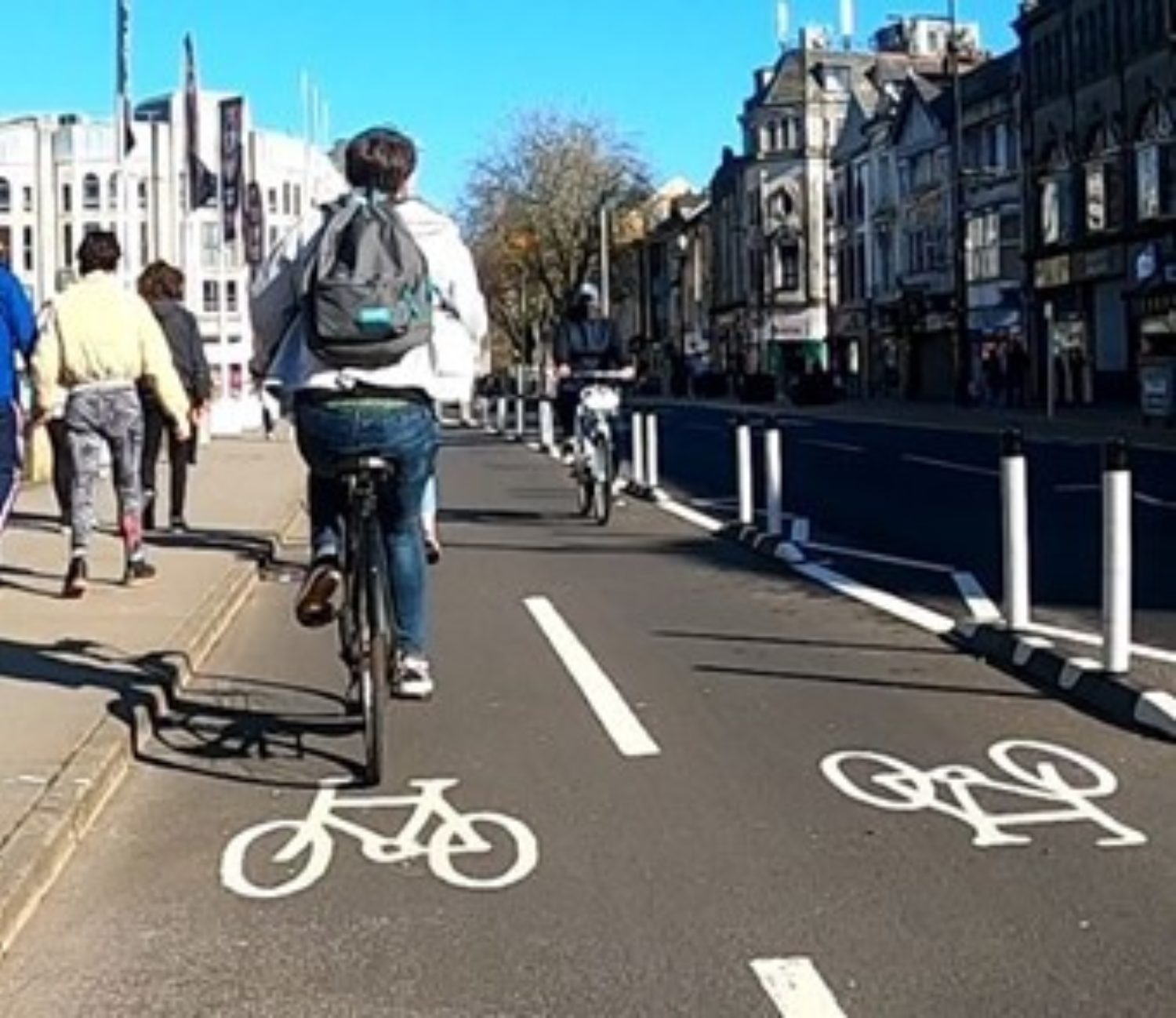 Cardiff, the capital of Wales, United Kingdom, has a young, diverse and growing population (>400,000), but despite its economic role regionally and nationally, many of Cardiff’s communities are amongst the poorest in Wales. Pre-Covid19, ~190,000 commuter trips were made by Cardiff residents and ~100,000 people travelling into the city every day (~80,000 by car). Transport, especially road transport, is an emotive and contentious issue in the city. There are many individuals and advocacy groups supporting and encouraging more ambitious and faster interventions especially related to better active travel infrastructure, road safety and restrictions in vehicle movements. Conversely, there are also prominent pro-car voices in the city, especially on social media, which challenge and cite the impact of transport interventions on increased congestion, displaced traffic and pollution and a reduction in accessibility. The Cardiff Council decision to reopen Castle Street to private car use in 2021 it the perfect example of the divisiveness of the transport debate.

The annual Ask Cardiff Survey, which provides an interesting insight into public attitudes to various issues in the city, found that almost three‐quarters (73.8%) of respondents deemed travel and transport problems in Cardiff to be either serious (49.1%) or very serious (24.7%)[1]. The 2019 Ask Cardiff Survey found that the level of public satisfaction with public transport fell from 57.9% in 2018 to 51.7% in 2019 with issues like accessibility, frequency, access to information cited as some concerns. Citizens also cited safety concerns when walking or cycling with respondents feeling least safe when cycling in Cardiff after dark (24.8%), walking in the city centre after dark (36.2%) and cycling in Cardiff in the day (58.4%). Dangerous drivers (49.3%), lack of dedicated infrastructure (38.1%) and poor lighting (13.3%) were cited as reasons why people feel unsafe when cycling. The Bike Life Survey (2019) found that 27% of residents do not currently cycle but would like to and only 29% of residents think cycling safety in Cardiff is good[2].

Cardiff Council have a number of plans and strategies in place such as their Transport White Paper, One Planet Cardiff Climate Strategy, Local Wellbeing Plan 2018 – 2023, Child Friendly City Strategyin addition to extensive investment in new cycling infrastructure around the city seeking to address key transport challenges for Cardiff. For example:

WeCount Cardiff participants had several motivations for engaging with the project such as measuring and monitoring modal distribution and traffic density, a desire to improve neighbourhood liveability, road safety and air pollution. The WeCount monitoring and evaluation survey found that citizens wanted to “make a difference” (21%) to work towards “sustainable mobility” (18%). To achieve this aim, a significant challenge facing Cardiff citizens is the perceived disconnect between the high-level city-wide strategies and the very localised day-to-day transport issues that they experience. Additionally, there was a perception that anecdotal evidence of a transport issues such as speeding, rat running, and high traffic volumes was not sufficient to engage the change-makers in the city. For example, one Cardiff citizen stated “I (and others on the street who have got involved) wanted to back up future efforts to talk to the Council and police with data. Ultimately, I and some others see the future of our area as a low traffic neighbourhood (LTN) with no access for rat-running drivers and no opportunities for speeding. To get such changes implemented, we need data”. Another said: “I know traffic is bad in my neighbourhood. The data I've seen proves what I suspected.”

The trigger for Council’s acting on traffic calming and other measures has often been stated to be incidence of actual collisions rather than reports of antisocial driving or high traffic levels and concerns about air pollution. But air quality and the sense of impaired 'subjective safety' that accompanies high levels of car traffic and especially speeding should also be treated seriously. Residential streets are improved for all when they are pleasant to live on, and where people feel encouraged and enabled to use them in a variety of different ways other than simply driving down them. A WeCount Cardiff citizen states: “trying to get the police to act has been difficult, leading to some rather evasive responses, including a rather strange email in which officers claimed to not be able to assess speeding along the street due to not being able to find somewhere to park!”. This is where WeCount filled a prominent knowledge gap by providing real data to support and amplify the citizen voice and reassuring citizens that they the data supports their observations – “I think the situation is actually worse than we thought it was, so it's been eye-opening really. It is a busy road, there's no denying that, but it's actually busier than we thought it was because the data actually shows us that it's busier, so yes, it's really revealing and hopefully, it can be built on and used for some kind of constructive change.”

How citizens are using the data to support their activism varies. Many focus on providing regular updates using the Telraam data to highlight transport issues, conversely, others use the data to highlight positives and what can be achieved. For example, Roath Court Play Streets use the Telraam data to illustrate the success of their play street initiative seeing more pedestrians and cyclists.

Other activism includes reaching out to local councilors on email and on social media, writing blog posts, performed their own analysis on the data and using the sensor / data as a pedagogical tool for students. Lastly, another counter explained how their proactive nature led to more people joining the project: “I think it does give an interesting potential boost to your activism… as in its empowering I suppose is the word…I know at least two other sites have opened up because of my agency”

Interestingly, two participants reflected on how the project has contributed to a shift in their activism: “I used to be really active until my life took a different turn, and so not active at all, and then this project kind of reminded me that that's my nature, I want to go back to being more proactive about sustainable travel” and “[I didn’t used to be active], not really, I'll be honest with you, because I didn't think there was anything within my power to change the situation, you know, but there was a [Council] consultation after I installed the Telraam… so I did respond to that consultation. And probably, because I did have the Telraam, it gave me a bit more impetus to do it.”

There are no physical transport interventions in place that can be directly attributed to the WeCount project (yet) but there is plenty of evidence to show that the project has empowered citizens and given them agency to challenge the status quo and campaign for change. As one citizen stated “Putting the numbers on social media has helped amplify [the problems], with people from all across Cardiff commenting their shock, demanding action and sharing their own numbers……the data has certainly raised awareness of the problem…..we hope the data will also be used to shape future traffic schemes in our area, with our local Living Streets Group liaising with the Council, sharing this data, we hope rat-running can be addressed in future traffic schemes”.