The Citizen Science approach: a discussion with projects across Europe

08 September, 2021
WeCount is a EU-funded project based on citizen science, which helps create engagement, data, momentum and support research on street safety and pollution. To better understand the citizen science approach, we talk with two European citizen science projects, Cittadini per l’Aria and CurieuzenAir, to have a look into their experiences and perspectives. 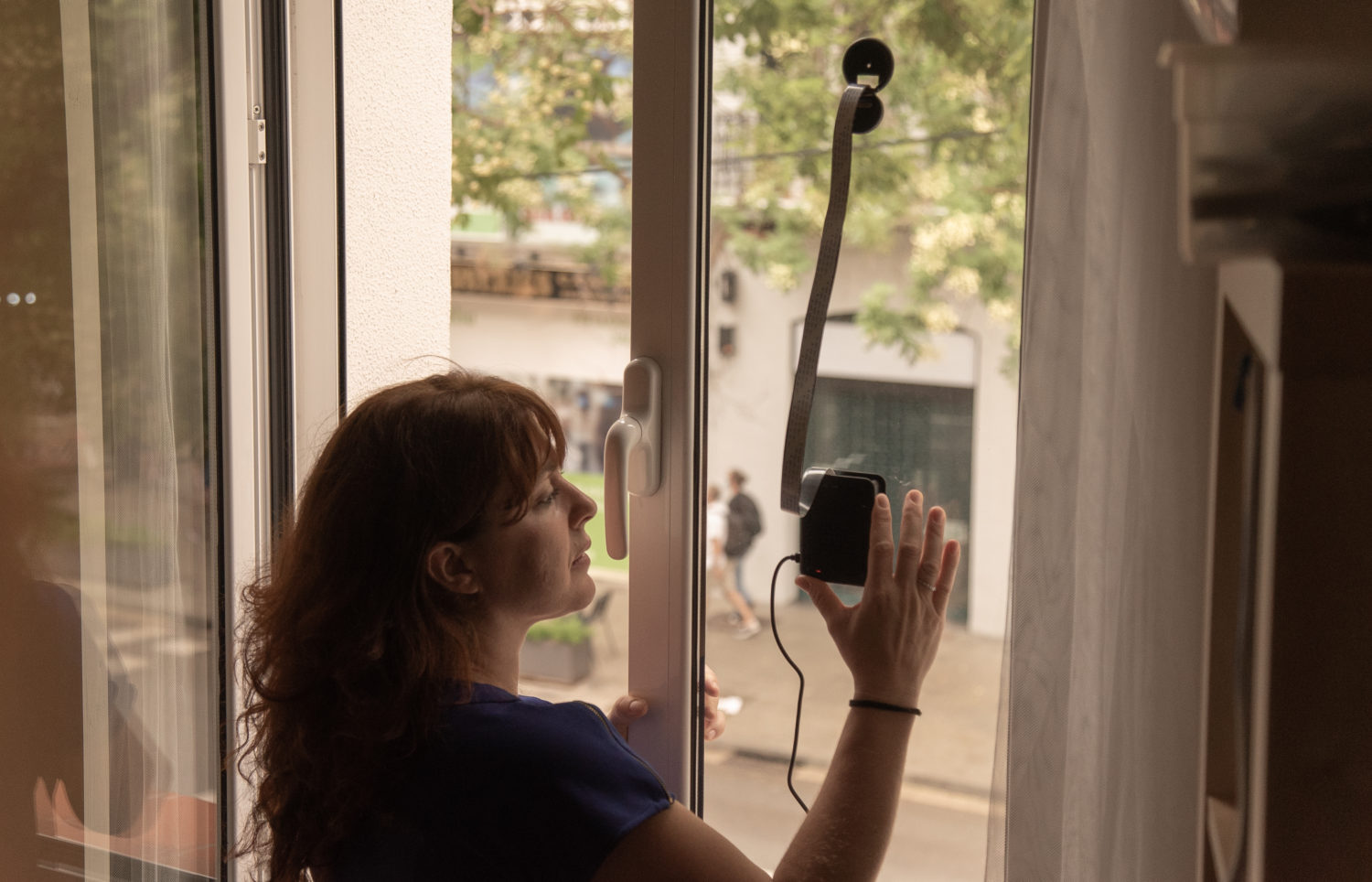 “Citizen science” consists in the involvement of the general public in scientific research, based solely on people’s willingness to contribute to scientific research and investigations. Over the years, citizen involvement has noticeably increased thanks to the emergence of projects aimed to gather data as well as disseminate scientific evidence and knowledge regarding the world we live in. Projects such as WeCount, CurieuzenAir and Cittadini per l’Aria, decided to put citizens at the heart of their research and policy-making to tackle societal challenges, such as congestion, air pollution and public health.

Cittadini per l’Aria (Citizens for Air) is an NGO working across Italy that gathers, monitors and disseminates scientific data on Nitrogen Dioxide (NO2) levels, but also creates a community focused on achieving a cleaner and safer environment for all. The presence of high levels of NO2 has damaging consequences on citizen’s health, which is why in 2017 the project “NO2NO Thanks” was launched. Cittadini per L’Aria continues its work across Italy in the cities of Milan, Naples, Rome and Bologna.

CurieuzenAir BXL is a scientific research project that engages citizens in gathering air quality data. Through simultaneous measurements at 3.000 different locations and under the guidance of CurieuzenAir scientists, data is collected and then used to accurately map the NO2 concentration across the city of Brussels with unprecedented spatial detail.

At the core of citizen science projects is participant involvement and engagement. This requires a distinct organisation able to fully take into consideration citizens' needs, feedback, and participation - from the selection process to the installation of data collection tools, to the publication and dissemination of research results. Projects such as Cittadini per l’Aria have decided to implement citizen science as a way to gather data for research, but also to increase citizen knowledge and engagement. For Mrs. Anna Gerometta, president of the association Cittadini per l’Aria, citizen science is a way to “spread knowledge and allow people to become involved in a topic that impacts us all, showing through concrete action that change is possible as well as supporting necessary policies with actual data”.

Cittadini per l’Aria first project campaign allowed the creation of the largest Limited Traffic Zone (ZTL) in Italy. If the ZTL was deactivated during the first lockdown, it however showed its effectiveness and potential for the city, environment and citizens. Cittadini per l’Aria also closely works with schools, organising workshops, data gathering and events such as the Flash mob held in Brescia on May 2021, for the 30th anniversary of the Convention of children and teenager rights.

CurieuzenAir was first developed in 2016 by a researcher in the University of Antwerp, Belgium. The project was open to the general public and saw the involvement of citizens from diverse backgrounds, such as grandparents concerned for the next generation’s future that wanted to support air quality measurement. To this day diversity remains an important focus for CurieuzenAir, which aims to involve people from diverse backgrounds and make air quality a topic in which everyone feels included. CurieuzenAir aims to create a community in Brussels in which everyone, independently of language and social background, is able to access the necessary information and join the project without obstacles.

In Brussels, the current model predicting air quality for NO2is based on continuous point measurements in 11 points across the city. By having a wider test capacity that expands across multiple locations, thanks to crowdsourcing data, CurieuzenAir can improve NO2 measurements in Brussels as well as the model itself in the long run.

Monitoring air quality across a city requires many measurements, which would be difficult to obtain outside Citizen Science. “Such project would be impossible without the involvement of citizens. Some mistakes may arise , which is why each measuring kit is composed of two tubes to allow the comparison between the data received and individuate eventual outliners. From the 20.000 tubes we collected across the Flanders region, 90% could be used for research. To ensure participants are comfortable, we are currently developing an instruction manual as comprehensive and as easy to understand as possible” states Mrs. Fran Lauriks, Postdoctoral researcher at the Universiteit Antwerpen and project officer of CurieuzenAir BXL.

As the pandemic impacted the development of many - if not most - projects, how were citizen science projects able to overcome challenges and persevere in their research? As mentioned above, the impacts and nature of the challenges varied greatly from one project to the other. With people limited in their movements, and sometimes not able to leave their houses to drop test samples, Cittadini per l’Aria had to overcome many challenges related to the organisation, gathering and analysis of the champions. “The organisation was difficult, we had to organise a way to collect test samples directly from citizens in order to get the results. Everything went at a slower pace, as the laboratories started to close during that period sometimes deferring the analysis period, which was an issue as the chemicals we measure have a limited duration” says Mrs. Anna Gerometta.

The CurieuzenAir BXL project had a different experience: as most of the project’s communication is based online, through the project’s website and news items, there were fewer challenges regarding the selection process and data gathering. However, the work of BRAL, the Brussels-based NGO working on bringing together people from different parts of the city through gatherings and in-person activities was considerably impacted. Currently, many questions arise regarding the impact of COVID on the amount of vehicles circulating and thus on the data’s validity. However, CurieuzenAir holds a complete set of data regarding the number of vehicles and can use such measurements in its final results.

Citizen science has an incredible potential, not only to gather large amounts of data but also involve citizens directly. “The citizen science approach can be an important tool as long as people need to know that measurements will be used for a long-term project. We don't want citizens to feel used, which is why we want to use the data gathered to adjust policies or provide information that could have not otherwise been collected, by scientists in the public sector, universities or a private company. Only once data is used for a specific purpose can keep citizens involved, enthusiastic and feel like they are part of something bigger” states Mrs. Fran Lauriks.

To keep citizens involved throughout the whole process, CurieuzenAir has a newsletter that shares updates and results with citizens, even if they haven’t been selected to partake in the measurements. Once the measurement campaign will be over, each participant will receive a report on their own results as well as a dotted map of Brussels with all the measurements available to all, showcasing the most important results.

As researchers are individualising the potential of citizen science, numerous collaboration projects are emerging. Cittadini per l’Aria is collaborating with projects that also aim to gather NO2data of their own city, such as Bologna and Torino. CurieuzenAir BXL is also in touch with various universities and researchers that want to join their efforts to monitor other developments across Brussels such as airstreams.